What Not to Post on Social Media During a Divorce

Divorce is a tough time for both involved and emotions are high. Although it certainly can be smooth sailing when each party agrees with the other, this is the exception rather than the rule. The issue is that it's very easy for the court to interpret evidence against you, especially when it comes to social media. New technology brings new concerns, and that means preparing yourself for new defenses.

These tips provide an excellent framework for handling social media in the wake of a pending divorce for equitable distribution of assets.

Going through pictures and nostalgia trips is a useful coping technique for some, but trouble arises when your gut reaction is to share those experiences with someone else. Maybe you're out having a great time with your buddies, maybe you're with a friend. Either way, don't do it.

Legal proceedings are complicated, and this is especially true with divorces. Even if it seems harmless, there are many facts you could accidentally share that could potentially be used against you. A simple photo of you smiling with your friends at a club or vacation spot is a piece of evidence that proves you aren't suffering and just might even be happy to be divorcing. These sorts of pictures can be especially important in the wake of child custody battles, where pictures of alcohol or drugs could cost you custody.

Maybe you decide to pick up a new watch, necklace, or a nice hiking backpack. Don't fall into old habits and show it off on your social media. You could be asked you why you haven't declared purchased items, especially if you neglect to list them on your disclosure.

Both parties can suffer during the divorce process, so don't add to the grief that's already there by posting negative rants on Facebook or Twitter. Not only is it better to respect the other party, but taking the high road will also protect you legally. Keep your stronger emotions at bay and discharge them offline, away from public view, among trusted friends or even a counselor.

If your ex is lashing out on social media, be the better person. Refuse to respond to it and record all instances-they may help you in court.

There Are Eyes Everywhere

You may be friends with your ex's friends on social media without even realizing it. Be mindful of everything you post, no matter how innocuous it may seem. Wording something the wrong way could spell disaster if there's a grudge match between you and your ex. A third party on either side does a lot to sway the court's favor.

Make sure your messages are reaching the intended audience. Social media sites are known for randomly updating or changing a user's privacy policy without notification and, sometimes, this results in changes to your settings as well. Check your friends, followers, who can read what posts, and who can view your social media feed a few times.

Everyone says things they later regret. This is often the case during the divorce process, but don't try to cover your tracks. Live up to your mistakes and leave those messages as they were. Your social media posts are more than just your opinion during this legal battle; they're evidence.

Most pieces of evidence can be, and will be, twisted to work against you. Deleting evidence raises red flags in the eyes of the legal system and further investigation. The court can infer criminal actions if you quickly delete a post or response. You may have done nothing illegal at all, but it's a matter of how the court and the other party interpret the action.

Everything is evidence in the eyes of a lawyer. The more information you make public means the more chances for the opposing side to make a case against you. Do everything in your power to limit what the other side can do to you during a divorce. MONTEFUSCO | PAMMER can help you get through these tough times. We've assisted in many complex divorce cases as leading divorce lawyers on Long Island and have the experience necessary to prevent social media snafus.

Contact us now to speak with an attorney that can help you navigate your divorce! 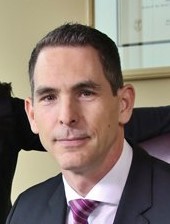 How Long Does It Take To Get A Divorce in New York?